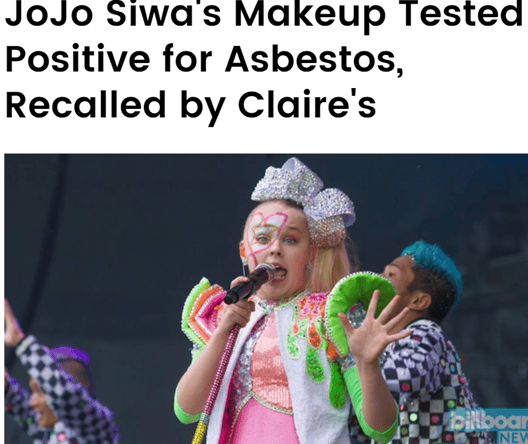 Over the last couple of months, Carusele has been approached a number of times by brands who were considering the possibility of partnering with influencers to create and promote their own products. This was a common trend a few years ago with many influencers launching their new products, but brands should be cautioned against this as numerous influencers are not creating products that are up to standard, thus causing a bad brand reputation.

This tactic is now rapidly falling out of favor because of the backlash that influencers are starting to face. An influencer named Jaclyn Hill shipped out her new makeup line this week and faced immense backlash over the quality of the products. The lipstick, in particular, had claims of having mold, hairs, and fibers on the product. Influencers, brands, and the public should make it a point to remember that influencers are not magical people. For example, while Jaclyn Hill may have known something about makeup and/or fashion, she obviously didn't know about the important aspects of creating products like quality control, shipping needs, condensation prevention that are all essential in creating a product that is up to the standards that she likely expected. Another influencer named JoJo Siwa who is popular for her YouTube videos also released a line of makeup for Claires that tested positive for Asbestos and has prompted a massive recall of the item.

People love influencers and tend to listen to them when they feel like they are giving them what they expect in terms of content, products, and advice, but can bite back very quickly when they feel the influencer is stepping out into areas where they actually have no expertise. Without an influencer's expertise in an industry their ability to influence consumers diminishes.

So if you consider using influencers to create a branded product line, I would highly caution against it. For influencers who are trying to expand the ways they can make money off this expertise, think about content that you create for brands but don't publish. Brands are in a constant battle to create enough content influencers are very good at it, which is why they have that following, so that may be a way to go that's a little more direct and a little more in keeping with their true expertise than expanding into their own product line.

If you're having trouble finding the right influencers to partner with on your campaigns, contact us today to learn how we can help.