The first social networks began rolling out over 20 years ago, but those that reign today are vastly different than the ones that helped the phenomenon emerge. One could even say that social media has evolved so much that it’s replaced face-to-face connections, particularly in the past year during the devastation of a global pandemic. 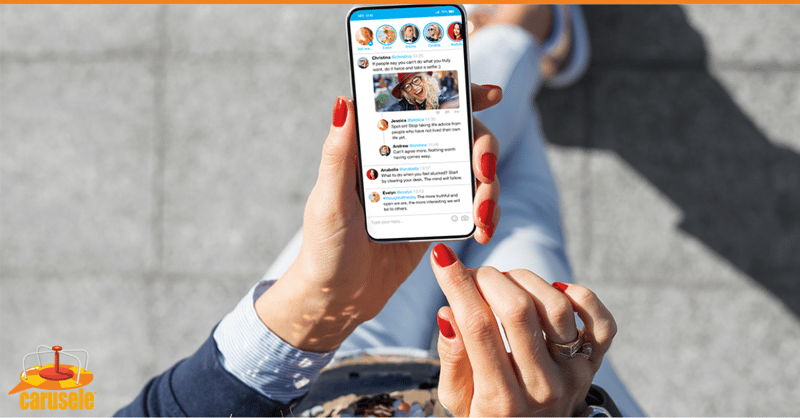 Each platform is popular for a specific reason and thus appeals to a certain demographic. It’s not always about total users, but if you’re interested in the latest stats regarding total U.S. users per social network, check out the list below.

When it comes to which gender is more active on social media in the states, females take the lead with 112.4 million versus only 103.9 million men on social platforms.

Age is also an important factor to consider when it comes to marketing. If the age bracket you’re targeting isn’t as active on social (or perhaps not active at all on a specific network), you’re going to want to invest your dollars elsewhere. That said, 25-34-year-olds dominate the market with 43.5 million users on social networks. This is followed by 35-44-year older (38.2 million users), 45-55-year-olds (31.2 million users), and 18-24-year-olds (27.8 million users). See the chart below for the full data, including those age brackets with the fewest users.

Now let’s take it a step further and dive into some key information about the eight most popular social media networks of 2021.

Facebook is by far the most popular platform, and not just in the U.S. When it comes to worldwide users, 2 billion people use the network (almost double the amount of Instagram users worldwide, which is #2 on the list).

Why is Facebook so popular? It could be that of the major social networks that exist today, Facebook is the oldest (launched in 2004), thus having the largest database. But being the largest means you may not have much room to grow. From 2020 to 2021, Facebook’s network only grew by 0.8% in the U.S., second to last on the list of social network growth, ahead of Twitter.

Instagram, owned by Facebook, is an inherently visual platform and is very user-friendly for posting pictures and videos from your mobile phone. That said, the majority of U.S. users access the app through their mobile devices, with 117.7 million mobile Instagram users.

While you can technically upload from your computer to Instagram, it’s not nearly as user-friendly to do so, but you can still message people, comment on their photos, and like their videos/pictures if you want to.

Instagram is also the most popular social network on which to implement influencer marketing, but within the past year, TikTok has crept up the ranks to #2 and could take over any day.

Although Pinterest touted that their male users grew within the past year, there are nearly 3X as many female users on the app (64.2%) compared to men (26.9%). This could likely be because the platform is centered around themes of elegance and design: Qualities the female psyche often appreciates.

If Pinterest is of large interest to your brand, check out these tips for optimizing your strategy on the network.

TikTok has blown up over the past year or so. In 2020, the social network grew by 87.1% and then by 18.3% in 2021, making it the largest growing social network in both years. It’s certainly a force to be reckoned with, and the company has rolled out several advertising advancements to ensure that not only are users enjoying the app, but so brands can capitalize on its popularity as well.

Snapchat is excellent for those of us who value discretion – the originator of ephemeral social media messaging. The pictures you send disappear almost immediately, and the chats don’t permanently remain on the World Wide Web.

Despite being dismissed by older generations, Snapchat has still been on the radar as 65% of the network is comprised of 12-34-year-olds. It may not be the “big network” everyone is talking about, but it’s certainly growing more than Facebook has over the past two years (2.6% growth in 2021).

LinkedIn has always stood out from other social media networks because of its professional purpose (which we should keep that way…). While there are people out there looking to network and create connections to grow themselves professionally, there will always be a place for LinkedIn. That’s why the network has still seen decent growth over the years, with 4.2% growth in 2021.

Twitter is great for people who value conciseness: Tweets are limited to a certain number of characters, and you can post photos on the platform. It’s the perfect place to be if you want to market your business, connect with regular people, and maybe even communicate with a few of your favorite celebrities.

That said, despite their best efforts with new features this past year, Twitter’s growth is at the bottom of the list at only 0.2% (a stark difference from last year’s 4%). It makes you wonder… is Twitter on its way out?

Reddit may fall to the bottom of the list when it comes to total users, but that hasn’t kept brands from investing more and more advertising dollars to the network. Its advertising capabilities have been proven to be quite effective if you know what you’re doing.

Opposite of Pinterest, the majority of Reddit users are Male (25.1 million male users versus 16.2 female users) and fall into the Millennial generation. If that’s who you’re after – Reddit might be an ideal candidate for ads.

Influencer marketing and social media marketing can be great ways to share your brand with the world and build your network. Hopefully the data above helps your team optimize your 2022 strategies for success.

If you're looking for an agency to assist you with your 2022 influencer initiatives, contact our team today to see how to can support your brand. Alternatively, keep yourself knowledgeable about the latest news and trends in influencer marketing by subscribing to our e-newsletter below.