Our day job here at Carusele includes hiring influencers for some of the best-known brands in the world, and most of whom we deal with are professionals who produce excellent content and pay close attention to their own reputation. They are in it for the long haul, as were 97% of the 790 influencers we surveyed in 2018.

But some we don't choose to work with often make the same types of mistakes. These mistakes lead to them being skipped over (at least for our work) so the loss of income is invisible. In that spirit, I thought I'd share these publicly to help the best get even better.

1. Taking Too Many Sponsorships

Despite what some seem to believe, an influencer is not selling the "reach" of their followers. They are selling their ability to influence people within a specific niche. And they grew that influence typically by sharing their opinions and insights when no brand was paying them. That's what attracted their follower base.

With the rise of influencer marketing, however, we've seen some good content producers turn into ad farms, with as much as 100% of their content coming from sponsorships. Typically, it shouldn't exceed 20%. We've found that too much sponsored content correlates with dramatic declines in engagement rates and click-through rates. In other words, these influencers are no longer influencing anybody. As metrics get more sophisticated, brands will increasingly stop using these "oversaturated" influencers.

Because we follow so many influencers here, we frequently see cases where an influencer is a genuine fan of Brand A, so much so that they mention it all the time. Suddenly, they're doing a sponsored post for Brand B, the direct competitor of Brand A. In some industries, such as beauty, this can be natural as people often use several brands of makeup. But when Brand A and Brand B are (for example only) Starbucks coffee and Dunkin' coffee, fans know the endorsement is inauthentic. Brands will figure it out as well.

3. Hiring Agents Who Price Them Out Of The Market

There is an increasingly consistent body of research out there showing what influencers typically charge for standard assignments. And these fees have increased significantly (up 44% in one year by one measure), so influencers are definitely making more than they have in the recent past. That's a good thing. But we also see influencers who hire agents who then quote over $30,000 for a week-long assignment that has a value of roughly $2,000. That influencer not only gets skipped for that campaign but gets a reputation for being unrealistic. True story.

The overpaying, if it happens, doesn't help anyone in the long-term. The inflated rates increase the likelihood of generating a poor return on investment. We use an algorithm to stack rank the performance of each influencer toward the campaign goal, and "efficiency," which considers the cost of that influencer relative to campaign performance, is a key factor. Even if they manage to sell in the inflated cost once, they are unlikely to be hired again.

Instagram is a very popular channel right now — for brands, for influencers and for the general public. And it's performing well. Increasingly, we see influencers who only want to post on Instagram, having abandoned their Facebook, Twitter, Pinterest and/or Snapchat presence. Countless companies have learned that when you make money off someone else's platform, your business model is inherently risky. Focusing on only one platform increases that risk. 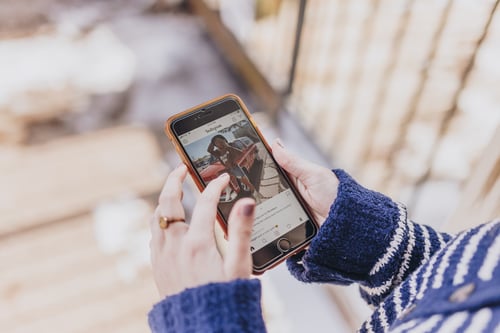 5. Focusing Only On Social Networks

While most influencer marketing today is content shared on social networks, smart influencers are growing their audiences through other methods, such as email newsletters, podcasts, Facebook Groups and more. Long-term, those individuals who have a following that trusts them will be able to generate income from sponsorships. The very best influencers we work with know this and think broadly about what their expertise is and how it can be shared.

The barrier to entry to be a social media influencer is relatively low, which has led to some jokes about the industry, spoof "influencer" accounts and other general disparagements. But great work is also being done, driving real business results. Influencers who avoid these pitfalls can make a good living for years to come as the wannabes gradually fade away.

If your brand is struggling to find the right influencers to partner with, contact us using the form below and we'll help you identify the best influencers for your next campaign.