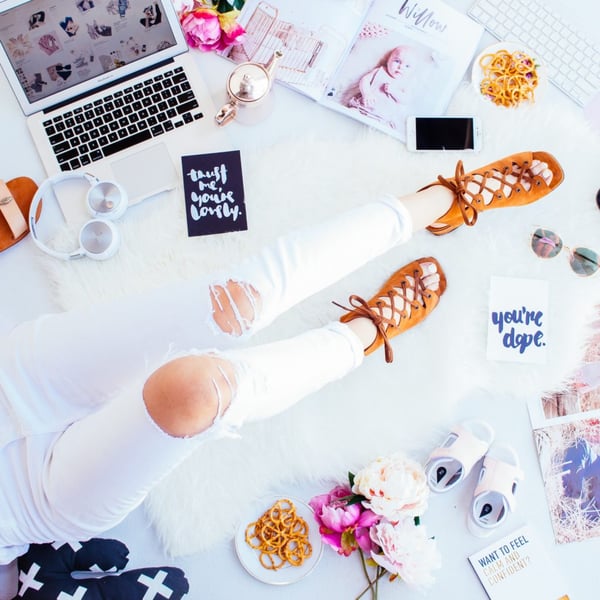 This article originally appears on Forbes.com, on April 27, 2018

While the Federal Trade Commission (FTC) has made clear for several years now that all paid endorsements must be clear and conspicuous, more and more research shows that influencers today either don't understand the regulations or don't feel a need to abide by them.

Ignorance? New research analyzing 800 Instagram influencers found that 71.5% attempted to disclose their relationships, but only 1 in 4 actually did it in a way that complies with FTC regulations. It seems like nearly half of influencers simply don't understand the rules.

Apathy? Separate research reported by eMarketer found that 41% of influencers say they disclose "only when I'm asked." It's hard to know whether this is because they don't feel the ramifications are likely to be serious or for some other reason, but brands would be wise to ask.

Greed? Princeton University researchers analyzed over 3,400 YouTube videos and over 18,000 Pinterest pins that contained affiliate links that could make money for the influencers using them. In that case, 90% of videos and 93% of pins failed to disclose the "material connection" as required. Again, it's not clear if influencers are not disclosing because they feel disclosures will hurt their income streams or for some other reason. I personally have no problem with affiliate links as the cost is paid by the seller, but perhaps others feel differently.

The FTC has also been clear that brands have a responsibility for the influencers they engage on their behalf. Fortunately, they haven't made it particularly confusing or complicated for brands to make sure all is well.

1. Use the right hashtags.

Over the years, influencers have tried all sorts of disclosures and the FTC has largely kept up, denying most of the attempts because they were not particularly clear. For a while, #spon was a favorite of influencers. That's not OK. While the FTC advises that conspicuous use of #{BRAND}partner or #{BRAND}-partner would probably be fine, you will certainly be safe with either #ad or #sponsored. The goal here is an unambiguous disclosure.

It's important to note, however, that you do not have to use a hashtag. In a blog post or other content, an influencer can also simply say, "This post is sponsored by {BRAND}" and be perfectly compliant.

2. Disclosures must be visible immediately.

In your Facebook news feed, you've likely seen longer posts that are truncated. To read them completely, you have to click "see more" to expand the post. Disclosures that come too late in the post to appear prior to "see more" are not compliant either.

Another favorite trick is to bury the disclosure in a series of hashtags. Picture a post such as, "Love this product. #bestlife #cleanliving #ad #buyonegetone #houstoninfluencers."

Did your eye skip over all of those hashtags? Indeed. So did everyone else's, which is why the FTC has said the disclosure must be "visibly separated" from other hashtags.

3. 'Handshakes' are not enough.

Social networks have started adding branded content tools designed to allow influencers and brands to post content with one another. This is commonly called the "handshake tool," and it's required for a creator to tag their business partner in the post. The disclosures provided by the tools, however, are not currently viewed as ample disclosure by the FTC.

While I generally believe the FTC has handled this issue well, with an even, reasonable hand, in this case, I disagree with them. I feel this should serve as adequate disclosure. Nevertheless, they are the governing body, so brands should ensure their influencers continue to comply with other methods.

So far, a disclosure appearing in a blog post or social share has been compliant. But imagine a 20-minute video where an influencer discloses once, five seconds in and begins plugging products 10 minutes later. That wouldn't suffice.

Ideally, a disclosure will appear as a caption of some sort, but at a minimum, it should include an upfront disclosure repeated a few times within the video depending on length and appearing again at the end. When in doubt, ask yourself if your influencer has been clear and conspicuous.

Finally, there is no substitute for a human being looking at every piece of content produced by influencers on your behalf. At Carusele, that's our standard operating procedure for every program. In fact, we're looking for FTC compliance but also compliance with the brief and contract we've set with the influencer.

This Should Be Easy

Despite the statistics I mentioned above, we almost never have a problem with influencer disclosures on the content we commission. Why? We spell out, upfront and with significant detail, exactly what we need to be compliant, and our influencers have no problem with it.

In our experience with over 120 such programs completed, influencers prefer guardrails. If you can tell them at the beginning of the process both what you hope for and what you require, most of them deliver it the first time around. What's frustrating for them is when new requests come in after they've produced their content.

Frustration from your influencers and sanctions from the FTC can both be avoided with planning in the early stages. If you're clear and conspicuous with everyone from the beginning, you'll have no problems with the FTC.

UPDATED 4/30/18: This post was updated after conversations with FTC staff to clarify that hashtags other than #ad or #sponsored can be used if they are conspicuous and unambiguous.