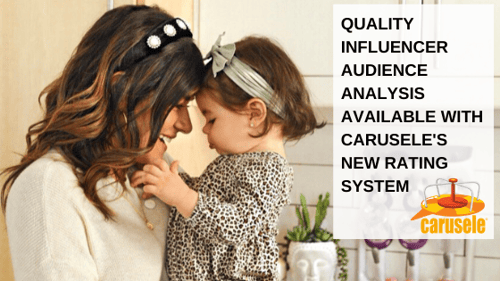 Today we're proud to announce the release of our enhanced rating system that provides quality assurance for brands on the audience makeup of influencers being considered for a given program. The new system, called qStack™, uses real time data to identify an influencers’ audience authenticity, audience engagement, and audience growth. Complementing our eight-step vetting process, qStack requires that influencers meet or exceed benchmarks in at least two of the three categories in order to be considered for a brand campaign.

“Fake followers and fake engagements are major concerns across the industry,” said Jim Tobin, Founder and President of Carusele. “While we’ve always vetted influencers thoroughly, this new system is designed to allow our clients to see the quality of a given influencer based on real data insights.”

“At the end of the day, keeping our clients safe is the number one priority,” said Erin Ledbetter, Senior Vice President of Carusele. “Just last week, the FTC released new guidelines and within the hour we had a brief out to every client informing them of the changes. qStack is just another way to keep clients safe as they prepare to partner with new influencers.”