Feb 23 The Pros and Cons of Influencers Joining Unions

As you may or may not have heard, earlier this month Hollywood's largest union met to make way for social media influencers to become members. The Screen Actors Guild-American Federation of Television and Radio Artists (SAG-AFTRA, more commonly referred to as SAG) approved a new agreement that allows social media influencers who do advertising campaigns to join the union. This opens the door for influencers to have access to the same protections and benefits as other content creators. 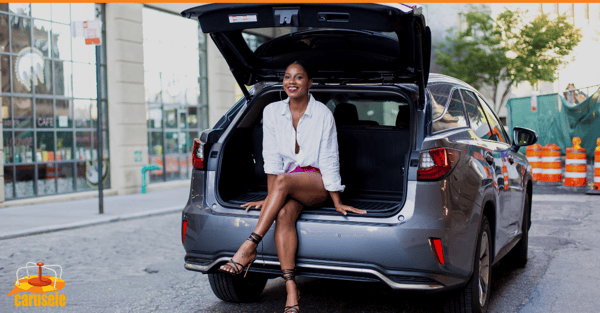 The fact is that social media influencers have dominated the marketing world for a number of years now, and their influence is only supposed to grow in the coming years. In fact, it is estimated that the influencer marketing industry will grow by an additional $15 billion by 2022. However, while influencer marketing has provided companies with a way to target specific demographics in a native and subtle way, inconsistencies in influencer compensation have plagued the industry. SAG hopes that by making it easier for influencers to become members, more creators will be protected by the union, which they see as an imperative adjustment to make sure the film industry adapts to new advertising methods.

However, influencers and corporations alike may find themselves wondering how this change will affect the influencer industry. While the prospect of normalizing rates and providing benefits to influencers seem like positives, such a major change is bound to have a profound effect on the industry. Here is a look at a few of the positive and negative changes that could result from influencers joining unions

How Does This Help The Influencer Industry?

SAG-AFTRA President Gabrielle Carteris said in a statement that making it easier for influencers to join the union has been one of their primary priorities. The union wants to be able to provide protection and support to these creators, as having influencers in the union will give SAG more coverage over advertising campaigns. Allowing influencers to join SAG has the potential to help creators in a variety of ways including by:

Helping to Legitimize the Industry

While social media apps like Facebook, Instagram, and TikTok have revolutionized the way companies reach their target audience, largely in part due to the effectiveness of influencer marketing, influencers are often looked down upon by others in Hollywood. However, SAG-AFTRA is a powerful force in Hollywood, and their recognition of influencers could help to legitimize the influencer marketing industry. Becoming a SAG member elevates one's professional status, and it will be hard for others in the industry to question the legitimacy of influencers as actors/creators once they are admitted into one of the most prestigious acting unions. This has the potential of providing influencers with access to new partnership opportunities in addition to elevating their professional status.

One of the biggest challenges that have plagued influencer marketing is an inconsistency in compensation provided by companies for advertising deals. While some influencer marketing deals can be extremely lucrative, it is not uncommon for companies to offer influencers ridiculously low compensation rates to create quality content for their brands. In fact, many companies continue to offer no money, and they expect content in exchange for a product discount. In addition to being disrespectful to influencers, this practice attempts to rob creators of the compensation they are due. Fortunately, influencers who have access to union jobs would be guaranteed a minimum rate. In addition to protecting influencers, this could help to normalize influencer rates across both union and non-union jobs. In addition to fair compensation, union influencers would also have access to healthcare and a pension should they work a specified number of jobs per year.

While many influencers enter partnerships with companies that turn out to be extremely beneficial to both parties, disputes can arise between creators and their employers. Without a union, these influencers will have little protection in the event that a dispute arises. However, once they become union members, they will have the support of SAG-AFTRA and the influence this union has in the industry. SAG representatives can help influencers should a dispute arise, making sure that their rights are always looked out for.

Could This Potentially Hurt The Influencer Industry?

Of course, as with any union, there are potential downsides that could come with influencers joining SAG. While some influencers may find it helpful to join the union, others may discover that it is to their advantage to remain independent. Here is a look at a few possible ways this change to the industry could hurt influencers.

Union and non-union members alike will likely experience more competition, as they will only be able to accept certain jobs depending on whether or not they are SAG members. Competition can be particularly fierce for union members, as not many companies are willing to pay the higher rates that SAG requires. Not only does SAG have minimum compensation requirements, but they may also require companies to pay into an influencer's pension and health benefits fund. This could make hiring union influencers cost-prohibitive for some companies with a limited marketing budget.

Fees Can Act as a Barrier to Entry

While being a SAG member could help some influencers by providing them with access to better rates and benefits, joining the union is neither easy nor cheap. Not only must influencers meet basic requirements before they can apply to become a union member, but they also must pay a hefty initiation fee and member dues. For some influencers who have not had access to high-paying partnerships (likely due to exploitive influencer rates), these fees may act as a barrier to entry to the union, causing further inequality amongst influencers.

While SAG's announcement that they will let certain influencers become members could benefit the industry in many ways (particularly by normalizing influencer marketing rates), there are potential challenges that these changes could bring to the industry as well. Feel free to contact us to learn more about the potential long-term effects of influencers joining unions. Additionally, consider subscribing to our newsletter below to keep up with the latest in influencer marketing.