Jun 27 What Are The 4 Types of Social Media Influencers?

Within this blog post, we’ve not only broken down these four subsets of social media influencers, but we’ve also included a breakdown of expected benchmarks in relation to items such as organic reach rate, estimated engagement rate, estimate costs, and more. These benchmarks were created by analyzing over 50 influencer Instagram profiles ranging from 2,100-3.5M followers to see how each type of influencer compares to another. (Note: the benchmarks below represent the entire influencer category and do not directly reflect the example influencer in the visual).

The 4 Types of Social Media Influencers

While partnering with a celebrity can be considered influencer marketing, we technically view these relationships like traditional celebrity endorsements. Long story short, you’re paying a hefty fee for an Instagram post that will most likely be taken down within the next few months (that’s how many of these influencer structure contracts). Additionally, while celebrities have immensely large audiences, it can be difficult to tell if your exact target audience is actively engaging with your celebrity partner as celebrity audiences tend to be made up a variety of different personas. 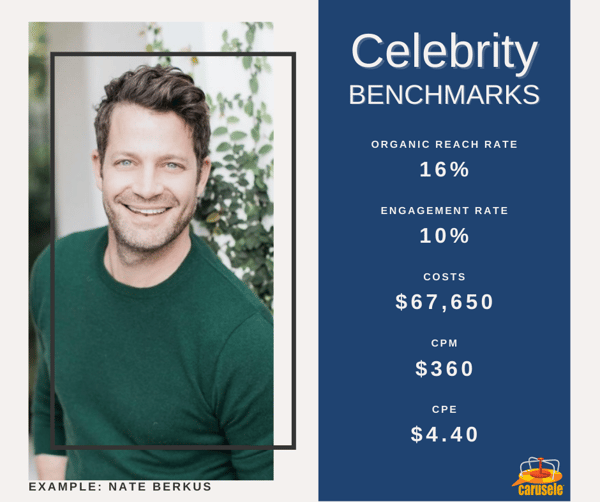 That said, with the rise of social media came the rise of a new celebrity, the social celebrity. Like celebrities, these influencers have millions of followers across their different social networks. Also like a celebrity, their audience is more spread out, and it can be difficult to reach your specific target audience if you’re not careful. Because their attributes are so similar, we’ve categorized these two together.

Continuing down the funnel we find macro-influencers. These are influencers who are well-known in their communities and have built up a hefty fan base that can range from 350k-950k followers over the years. These types of creators are commonly known for their expertise in a specific industry. If you have a modest social media budget and you’re planning to rely 100% on the organic reach of your influencers to drive awareness for your brand, plan to partner with several macro-influencers to get the most bang for your buck. 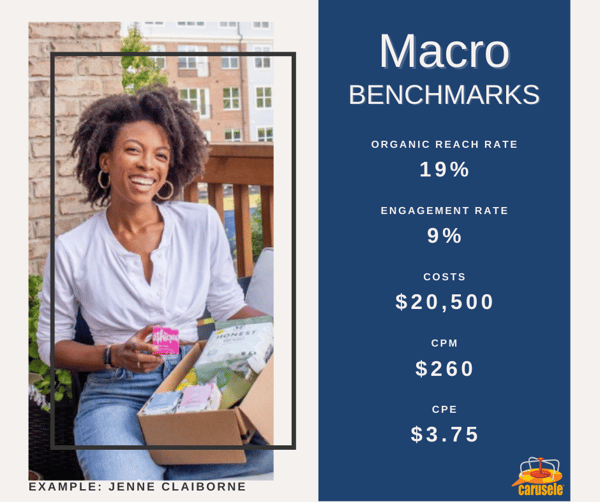 Now we’re hitting the sweet spot. Micro-influencers have a fan base that ranges from 20,000-350,000 followers across their social media networks. Like macro-influencers, their content is more niche and caters to a specific industry, but the value of these influencers comes from their ability to truly engage with their communities as we’ve seen micro’s produce 22.2X more conversations on their content than the typical Instagram user. 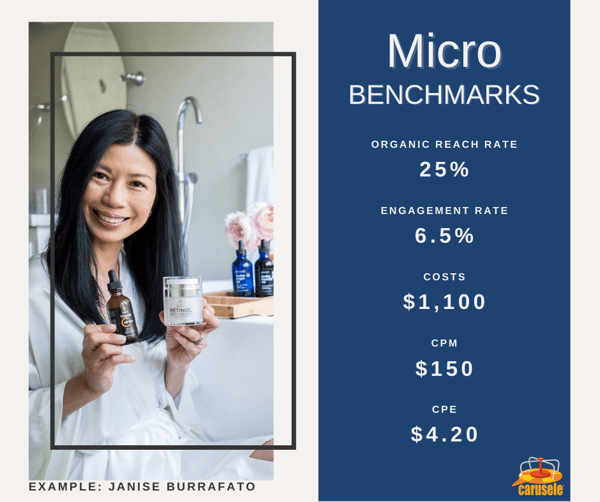 At Carusele, we primarily work with micro-influencers in our campaigns and use their audiences as a focus group to help us determine which pieces of content resonate best with our target. We then take those top-performing assets and run ads with them (from the influencers social accounts) in an effort to reach more of the target audience that exists outside of the influencers organic following.

Within the past few years, nano-influencers have sparked a new trend in the influencer marketing industry. Nano-influencers obviously have the smallest organic following, but their engagements can pack a punch to your campaign. Brands like Macy’s have begun looking at their employees as nano-influencers to produce branded content on their personal channels and inspire audiences to take action. 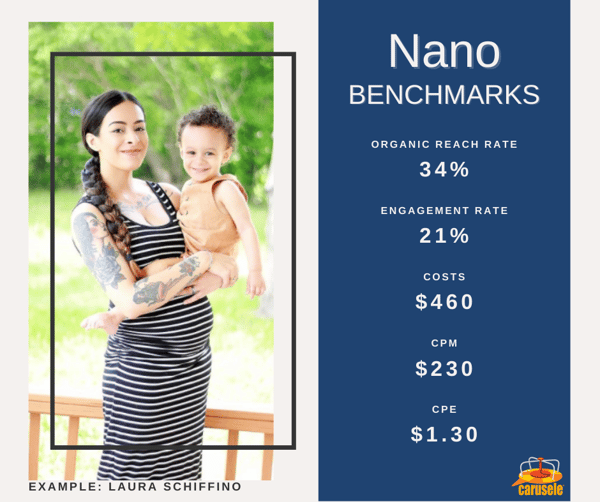 Regardless of which type of influencer you choose to partner with, be aware that you’re going to get different types of results. Celebrities seem ideal because of the large size of their following, but if you’re truly trying to target a specific audience and influence them, micro-influencers and nano-influencers can play a key role. Set your goals before you begin vetting influencers and then find those that best align with your brand, your audience, and your objective. 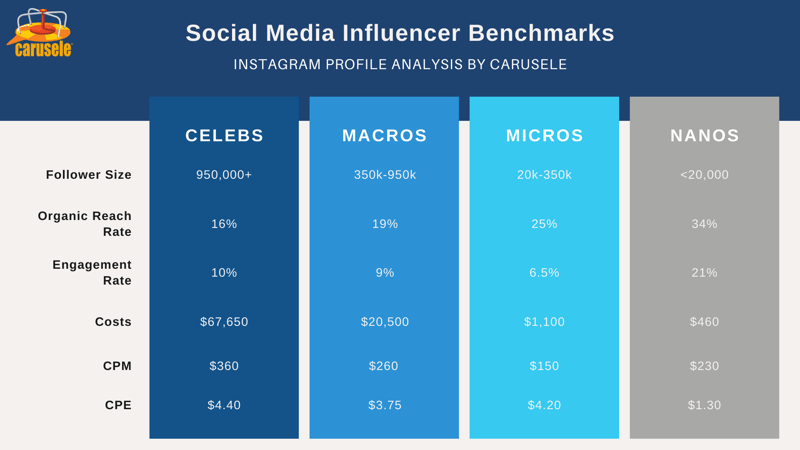 If you’re struggling to find the right influencers for your campaigns or perhaps you’re more interested in better solutions for measuring ROI, feel free to check out our influencer marketing resources or contact us today using the form below.