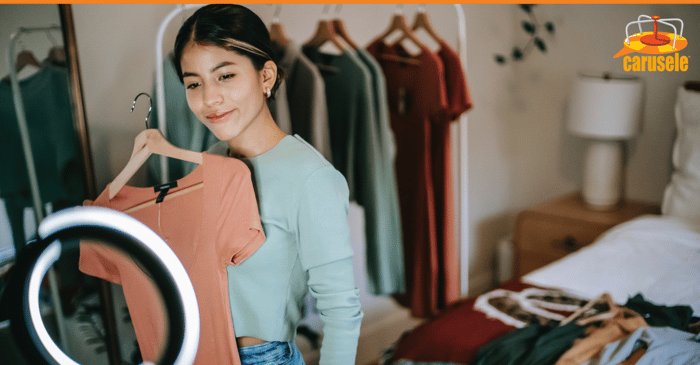 With an unprecedented pandemic that upended our lives, a volatile political climate that rages on, and calls for social justice becoming louder than ever, brands have a lot to consider when trying to enter conversations on social media these days without sounding tone-deaf.

Partnering with influencers adds another layer of complexity as brands give up some of their comfortable control to content creators. We will cover examples of where brands shined and brands whose missteps cost them dearly. With each example, we’ll identify actionable ways brands can move with the speed of the social conversation in their influencer partnerships. 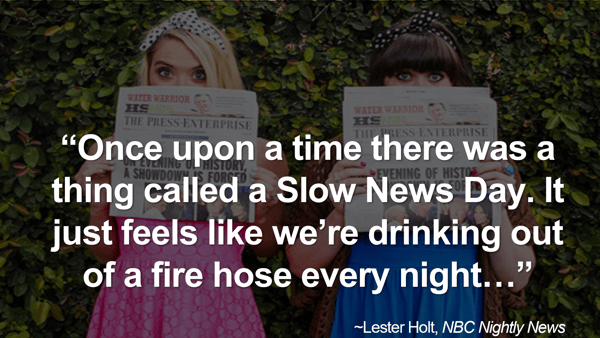 As Lester Holt points out it's every morning there's something going, usually a big something to deal with. So we're drinking out of a fire hose as Lester says, every day. That impacts all of us, but brands in particular on social, because social is a reflection of all of the things that are being talked about at a given time. In fact, about 53% of Americans get their news from some media. If we're going to be there because that's where audiences are consuming content we can't ignore the fact that audiences are also viewing the post right above and below ours, and those posts may be news-related and may be very heavy, even if our brand is kind of light. The old cone of silence (if you ever saw Get Smart back in the day) says it's probably not a hiding place anymore for brands. So for a lot of brands, being quiet and hoping no one will notice is not a possibility anymore.

So how do you protect your brand in this day and age? As we look at influencer marketing programs, we have to think about three areas where we have to make some key decisions to ensure brand safety.

In terms of influencer selection, one of our best practices is to be extremely careful about the influencers we choose. A lot of people will send out messages saying "Does anyone want to write about Kleenex" or "Does anyone want to write about Starbucks". We don't select influencers this way, we manually go through by hand and look at all the ways that we can confirm an influencer's authenticity. If an influencer has that authenticity, meaning his or her following is likely to be real, there are lots of data points that we can sniff through to see if they're real. Here are a few examples:

We have to go beyond that these days, because sometimes these numbers look pretty good when maybe the influencer there about is not that good.

An example of this is what happened with Rachel Hollis. To put it plainly, she's had a lot of drama around her over the last year or two when The Skimm decided to interview her and quote her about her hustle. Some people feel like she's not hustling, she has a team making her look like she's hustling. You know the clap back was significant as you can see below. This can really do brand damage, which is something that many of us are charged with, the care and feeding of multi-billion dollar brands. The first thing we have to do is make sure we don't do them any harm. In this case, that's something that The Skimm got wrong.

But it doesn't stop there. You've got to look at what we think of as influenced potential, which is our qStack analysis. Then we've got to look at the ABCs, which are audience fit, brand fit, and content fit. Some of this has to be done by hand, it can't just be left to a machine to do this. You then have got to go down and look at credibility and perception and reputation, you have to look at non-sponsored posts, you have to look in their stories.

If you're not willing to invest a meaningful amount of time in picking the right partner, you're just saying you're willing to take that risk. If you aren't trying to be risky, a detailed vetting process like this is important.

We've also seen some cases where non-competes were ignored, and it really hurt the brand. For example, we've seen a large coffee brand using influencers talking about how they always buy that brand's coffee when that influencer is constantly talking about the other brand's coffee on a day-to-day basis, ruining the credibility of the influencer and the content.

We also look at saturation rate, also known as what percentage of their content is paid. In fact, there are influencers out there we used to work with who used to be quite good, who now only published sponsored content in every single post. Well... they're not influencing anyone anymore, they're just cashing in, and we need influence. We are not as focused on reach, we need influence. When you do not take the time during the vetting process, you end getting responses like below. 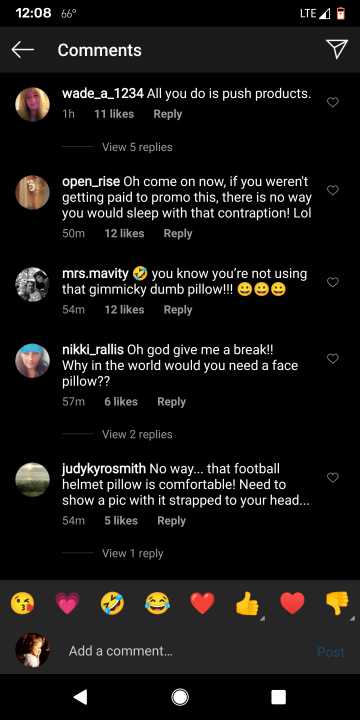 It's really important to find the right influencer who would have ideally written about your brand because it's of interest to them, even if they weren't being paid. Now typically we're going to pay people, but ideally, the kind of sponsored content we're contracting them to create is content they would have published organically, without a sponsored contract.

The second part of this is what I'll broadly refer to as brandstanding. Brandstanding is when a brand sort of gets their toe in the water and acts like they are with a certain movement but they're really just shouting it and not really living it.

Similar to the data we've seen from the Edelman Trust Barometer, 68% of consumers expect brands to be clear about their values. This is higher in groups that have been historically compromised or disenfranchised in some way and but it's also higher among millennials and younger people who expect brands to be brave. If you're going to come out and take a certain position it's really important to be true to your brand.

Another important exercise you can do is to ask yourself, "Not only do we believe in X, but if I were someone who doesn't like our brand, how would I frame this if I wanted to hurt our brand." Looking at the stance and saying how would somebody who opposes us or something we do spin this to hurt us is an exercise that has to happen, or you are going to make a mistake. An example of this is what we saw happen with Kendall Jenner and Pepsi.

The third area is the timing of your campaign. If you are familiar with the term Newsjacking, which is the practice of taking advantage of current events or news stories in such a way as to promote or advertise one's product or brand, timing is everything when it comes to newsjacking. Newsjacking can be a pretty effective method if you get it right. It can also be really offensive if you get it wrong, and I've got some examples of both.

One is a program that Visit Florida did, they spent $500,000 on what they called Camp Florida which was a vacation around Florida during the pandemic. One of the influencers was paid $10,000 for three separate stories and she never entered the state. That's a questionable investment, particularly for a type of content like Stories that's going to go away quickly (I don't know if they got brand rights to reuse it either). It's also a question of publishing this campaign in the middle of the pandemic; people are struggling to not be evicted from their homes, the state is struggling to deal with crashing tourism, unemployment benefits, PPP loans are struggling to reach businesses, and they spend $500,000 to pay influencers to post about visiting the state in a virtual way. The campaign itself doesn't really provide any value to the State either, so it was a bit tone-deaf - a bit of a swing and a miss if you asked me.

Now, in a different campaign (full disclaimer, this is one of our programs for Haagen Dazs) we saw a more positive example where newsjacking was involved. New York City had just passed an open container law, and it was fairly controversial. So we did a program around open containers of Haagen Dazs that was targeted only to New York City. This was a nod to what people knew was happening, but it also stood okay on its own because who doesn't like ice cream. This program ended up doing very, very well, we believe because it got the tone right and wasn't a particularly controversial way to get the brand action.

A quick recap of what we've covered above to help keep your influencer marketing efforts moving without compromising your brand safety.

Bots can't sniff out all controversy. Hand vetting is imperative. It is also imperative that you understand the full picture of who influencer is before you pay them to represent your brand or your client's brand.

Influencers can't decide who you are as a brand but they can amplify who you are as a brand. Brands need to carefully consider what they stand for before putting their hat in the ring on a particular issue, and certainly not leading that way with influencers. A brand needs to make a serious decision of, do we really stand for this in a way that we're going to take action on not just today, on this Tuesday on one little post, but this is who we're going to be in six months and 12 months and 18 months. This is what we're going to be when somebody says they don't like it, we're okay with losing them potentially as a customer. Once the brand has decided that, the influencer can help amplify that.

Perfect planning can never predict social change. Be prepared to pivot quickly, especially given the world today. If we learned anything from last March, it's that the world can change very quickly, and your strategy needs to be ready to change just as quickly.