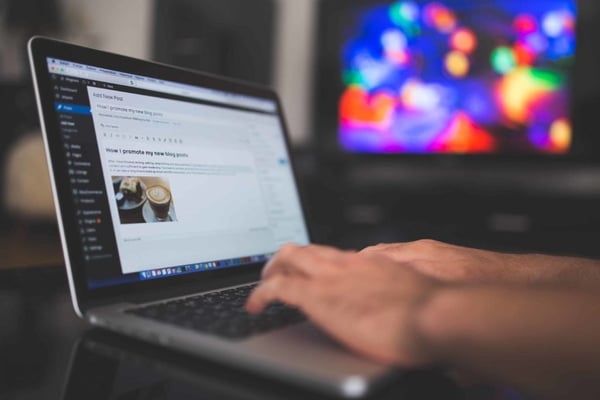 This article originally appeared on Forbes.com, on August 7, 2018

In late June, Keith Weed, the CMO for Unilever, called for more transparency in influencer marketing. The brand proclaimed the three commitments below, pulled from the original press release:

• Transparency From Influencers: We will not work with influencers who buy followers.

• Transparency From Brands: Our brands will never buy followers.

• Transparency From Platforms: We will prioritize partners who increase transparency and help eradicate bad practices throughout the whole ecosystem.

These are laudable goals and should be supported by anyone who believes that influencer marketing can drive real business results. Fake followers do not benefit brands. But it's not that simple.

Implementing that first commitment is going to be a bit tricky in practice. Let me give you two examples:

Let's imagine that an influencer starting out three years ago bought 1,000 followers as a test because she was unhappy with the results (her engagement rate plunged). She hasn't done so since. In the intervening time, the social platforms have deleted about half of her fake followers anyway, but she's not even sure who, if anyone, following her now is fake. Nor is there a practical way for her to find them and delete them. She has 100,000 followers now, meaning that less than 1% of her followers are fake. Is she banned from all future programs?

The even trickier scenario is when an influencer who has never bought followers still has fake followers on their account. There are services out there including IG Audit that purport to measure the number of fake followers an account on Instagram has. It estimates that my Instagram account (which has a small, 100% natural following) has about 16% fake followers. It believes @robertdowneyjr has 24% fake followers.

While I question the accuracy of this tool, "like farms" do frequently follow accounts that did not pay them to do so. Why? To bypass the filters designed to catch them, they must follow more than just their customers. So an influencer with a large following will very likely have fake followers even if they never paid for them. That means it's impossible to (fairly) ban influencers based on a tool like that one.

The other factor to consider in all of this is that brands and agencies contributed to this problem in the first place. While our industry has improved over the last six months, many brands and agencies still pay influencers based either on the size of their following or on the number of engagements -- likes, comments, shares, and clicks -- they drive for a particular campaign. The challenge in this is that buying followers is cheap. One site I saw offered 50,000 new Instagram followers for only $248.99. Need engagement? That same site offered 75,000 likes for $225.99.

In any financial model, if someone can buy something for $1 and sell it for $5, a certain percentage of people will look to game the system. While we should do everything we can to eliminate the cheaters, we also have to be sure that our systems don't actively encourage that same cheating.

In order to realize the vision outlined by Unilever as closely as possible, several things have to happen:

1. Social platforms need to continue to fight fraudulent accounts and activity. Facebook says it shut down 583 million fake accounts in just the first quarter of 2018, so it's not like they are fully ignoring the issue. This must continue.

2. The influencer marketing software tools must do more. By analyzing account followers at scale and looking for fake followers and engagements, the software platforms should create a quality score that gives brands and agencies a metric that lets us steer away from cheaters.

3. Agencies and brands must also vet influencers by hand. The tools can only do so much. At Carusele, we look at each influencer's social channels and posts and look for signs of fake engagement. Once you get used to the telltale signs, it's relatively easy to spot. We look for things like one-word comments that aren't related to the post and single emoji responses that are generic and not aligned with the post topic.

4. Compensation models that provide perverse incentives must be eliminated. For example, at my company, we don't pay differently based on engagements. Rather, we pay influencers a flat fee per job. After each campaign, we rank each influencer's performance and optimize over time, but we don't compensate differently for an individual job based on likes. It encourages bad behavior.

Ethical agencies, brands, and influencers are 100% aligned with Weed's goals. But in terms of practical implementation of those goals, it's going to take a mix of technology, business model shifts and human intervention to get there.