Jan 30 Who Cares If An Influencer Bought Followers?

Posted in working with influencers

Are Fake followers a crisis for the influencer industry?

This is clearly a topic on the minds of marketers. Just last week, I held round-table discussions with senior digital marketers from top consumer brands and at each table I went to, the concern over fake followers was raised. It’s something that’s been on everyone’s mind since middle of last year when Unilever made a big stink about not working with influencers who buy followers. But is it really as big an issue as the marketing “pundits” want us to believe? The short answer is: No.

Tools That Check For Fake Followers

If you’re like us, you’re getting bombarded with sales pitches by some of the hundreds of new tools popping up to address this “industry crisis”.  I'll go ahead and save you some time -- ignore them.  At least for now. We've yet to find one that works well enough to justify the cost vs the labor you'd save. Why?

Well, first, you won't save any labor / time. If you're like us, you're putting eyes on every profile of every influencer you're considering working with anyway. And it's not too difficult to spot one who bought fake followers or engagements with a quick look.

But, alas, there are free tools out there, too. So why not just use those? Then you're not out any money.  Maybe you have an influencer marketplace tool in place already that is now offering a follower checker as part of your existing license. Great! Use it! The platform we use has this and we love it -- as a starting point. It basically raises the red flag.  But you can't stop there!

Let’s break down how these tools actually work...

We’ve yet to find one that goes beyond simple trend data.

It's a start, but none of these take into account who the audience actually is or the hundreds of other factors that may have led to these outlier results. 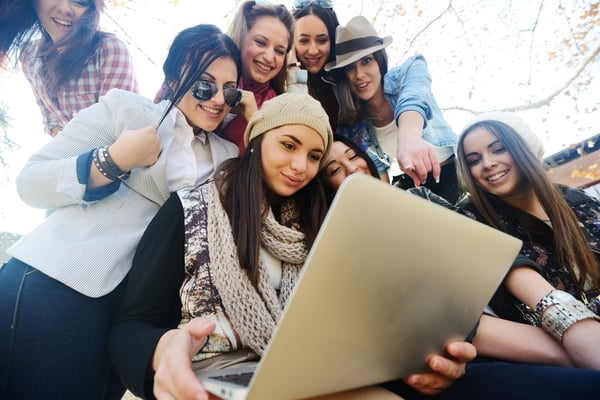 There are many other reasons for spikes and drops in follower count and engagement.

Example: An influencer we work with regularly, one who happens to have created (repeatedly) some of the highest converting content for a client of ours (measured via direct, last touch attribution, by the way) was recently flagged by multiple tools we were vetting for buying fake followers. When we dug into the data, we found each was picking up on an outlier from early January where her follower base jumped by 10K in just 3 days. Crazy, right?

But the reality is, this influencer is smart. She picked up on a trending topic that was relevant to her personal story and posted her own thoughts on it. She used a best practice and loaded the post with relevant, trending hashtags. That post was one of her most engaging posts ever and no doubt put this piece of content at the top of the Discovery section of Instagram for a topic that we know millions of people were searching for during that period.

Who Cares If Your Influencer Bought Their Followers?

Why is it okay for a brand to do it but not influencers? Because brands trust themselves to have targeted appropriately and honestly believe the followers they’re bringing in are relevant to their brand. As a marketer, I'm happy to work with an influencer who grew their following through paid means, so long as that following is who I intended to reach. I'm basically borrowing and benefiting from the media dollars they spent, not me!  And isn't that one of the reasons we work with influencers anyway? To borrow access to their followers? So long as the influencer grew an audience that I care about, I don't care how that audience got there.

Now I’m certainly not saying their aren’t influencers out their who inflate their followers and engagements through cheap “like farms” made up of fake accounts. We’ve seen it time and time again and have a growing list of blacklisted influencers who we’ve caught doing exactly this! It does happen!  However, that's never been difficult for us to spot, and it's something we already vetted for long before this issue became mainstream or tools started popping up to “spot” them for us.

How to Protect Your Brand From Influencer Fraud

First, don’t let the industry get you up in arms about this issue. Instead, design a campaign that leverages all the benefits of influencer generated content without relying solely on the influencer and their follow-base to get you the results you're after.

And NEVER incentivize influencers to engage in bad behavior. What do I mean by that? 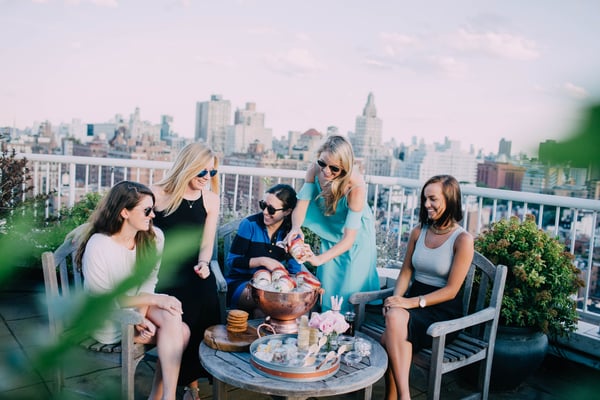 Want to chat about how we can design a program that protects your brand from influencer fraud?

Fill out the form below and we'll be in touch!