As recent studies have shown a 30% decline in Instagram usage of #ad over the last year, many have attributed this drop a result of the coronavirus pandemic. However, we at Carusele believe that professional influencers, those that focus on this line of work as a source of income, are now strategically using this opportunity to reconnect with their audiences.

When the pandemic hit, many marketing efforts were put on hold, influencer marketing included. However, consumer behavior began to evolve while stay-at-home orders were in place and many people flocked to social media as an outlet. Not only did the social networks report a 40%+ increase in platform usage, but consumers had also increased their daily activities on social media by 18%.

So how do influencers fit into the picture? Contrary to what some may think, being an influencer is more than publishing sponsored content. So although the demand for partnerships has been low, we've found that many influencers have taken this opportunity to reconnect and engage with their audiences through authentic, organic content that helped drive their large followings to begin with.

In recent months, studies have shown nearly 80% of influencers reporting higher engagement from their followers.

What Does This Mean for Post-COVID Influencer Marketing?

As the world continues to strive towards a "new normal", the way that influencers work with brands will also change. Campaigns and partnerships have begun to pick back up, but influencers are now more than ever aware of their saturation rates.

We've stressed the importance of an influencers saturation rate for years and are excited at the notion that influencers have evolved their behavior and aren't just focused on producing sponsored content. Having a feed that compliments both organic and sponsored content is extremely ideal, and shows your value in the community. 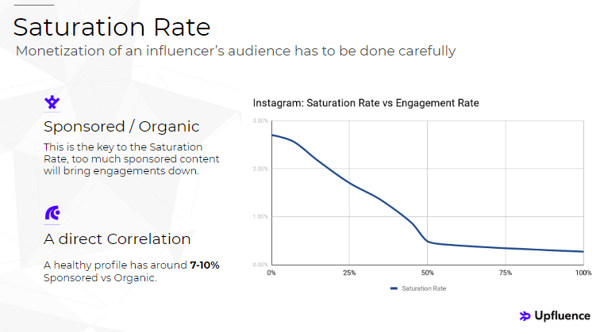 However, this could pose a complication to brands seeking influencers as they ramp up campaigns in the second half of the year. With influencers producing more organic content, that leaves less room in their editorial calendars for sponsored posts, increasing the competition and demand for their services. Holiday programs are just around the corner, and while it's always been difficult to book influencers for these bigger seasons, this year is going to be increasingly difficult.

That said, if you're able to partner with an influencer who's moved to this model, we certainly recommend it. We make a point here at Carusele to avoid influencers who's saturation rate is too high as it correlates with low engagement rates. But as many influencers move towards promoting healthy engagement on their channels, we think this could be a huge boost to the industry and help campaign flourish in a new way. (Just make sure that engagement is real!)

If your team is looking for an influencer marketing agency that can help identify influencers or manage an upcoming campaign, contact us using the form below.