The term “influencers,” as often used, is part of a great lie. 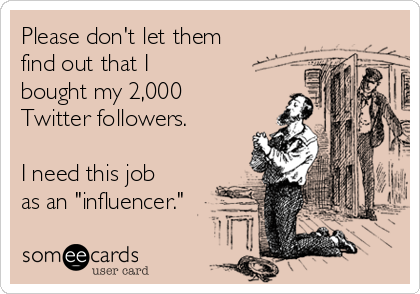 Reach doesn’t necessarily correlate with influence. It’s time to think about the best content producers as the true influencers. Not those with the biggest reach.

Reach is about exposure. Influence is about changing minds.  Tweet This! 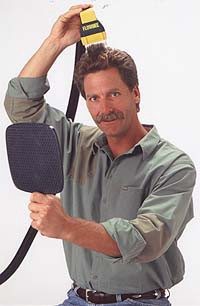 Right now, lots of influencer marketing companies are selling reach. But reach doesn’t sell products. If it did, the Flowbee would be the hairstyling choice of America. But it’s not.

If you were alive during the great Flowbee revolution (starting around 1988), you saw this man cutting his hair with his magical, suctioning blades of fashion. So easy. So stylish. Even easy cleanup!

Flowbee marketers paid for incredible amounts of reach. They got additional organic reach in the form of people thinking it was hysterical. And yes, they even sold some Flowbees.

Influence, however, often comes in ones and twos. Pieces of information that you assemble in your brain until you decide what car you should drive, what presidential candidate you should vote for, and even what restaurant to try.

Despite this disconnect, brands are dropping hundreds of thousands of dollars to get celebrities to send a tweet or Facebook update about them. Longstanding research shows over and over again that celebrities are less influential than regular people.

Even a 2010 study of TV ads by Ace Metrix found that spending the big bucks to get a celebrity in your ad actually hurt more often than helped.

So, as you design your next influencer campaign, you certainly want reach, but focus more on content quality.

Unlike banner ads, content generates its own momentum. Even when paid boosting is involved, the efficiency of spreading great content is dramatically better than the efficiency of spreading poor content. Yet we continue to see so many “scaled influencer programs” that are nothing more than poorly orchestrated opt-in campaigns. They are filled with low energy, low quality tweets written by people with no actual influence.

It doesn’t have to be that way. We’ve found over and over again at Carusele that we exceed our goals by working with the best content producers, not necessarily those with massive social followings. Reach, after all, can be manufactured after the fact. Influence, through meaningful content, cannot.