It's time for brands to start paying attention to what the FTC has to say.

FTC oversight of influencer marketing has been getting a lot of attention recently following two letters from four groups (Public Citizen, Commercial Alert, the Campaign for a Commercial-Free Childhood and the Centre for Digital Democracy) that listed 150 examples of influencers who advertised a product without disclosure of their relationship with the company. The FTC has announced its intention to crack down on endorsements that aren’t clearly marked and has already approved consent orders for two companies that failed to properly disclose the relationship between the influencer and the product being advertised. Now is the time for companies to really understand the guidelines and ensure their compliance. 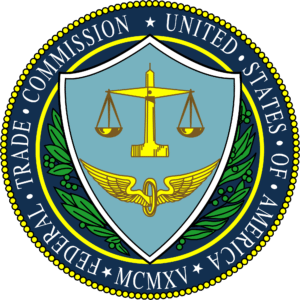 What are the guidelines actually saying?

The issue of compliance is a tricky one. The joint letters reveal that there is a lot left to interpretation regarding the FTC’s guidelines. For instance, the groups seem to believe that the only hashtags that can be used to indicate disclosure are #ad or #advertisement, while the FTC offers no clear wording on the subject.

The recent FTC endorsement guidelines for social media suggest that hashtags like #ad, #sponsored and #advertisement are sufficient, but abbreviations like #spon or #sp aren’t, due to the potential that consumers might not understand them. This poses a problem for influencers who use Twitter as their social media platform since characters are at a premium and brevity is encouraged.

The FTC also recommends that these hashtags be placed at the beginning of the tweet to reduce the potential of consumers skipping over the hashtags and not understanding that the tweet is a sponsored endorsement.

Carusele has always agreed with the central tenet of FTC guidance, which is that sponsored content should be clearly disclosed. Our team reviews every piece of content (blog post, tweet, social share) for compliance and we work with influencers to make changes if necessary.

What should influencers be doing?

Ultimately, the goal of the FTC’s endorsement guidelines is to ensure that consumers are informed that something is a sponsored endorsement and there are many ways in which advertisers and companies can achieve that goal. There is no one-size-fits-all approach, particularly in the world of social media where sponsored endorsements can take on a variety of forms.

Influencers should ensure their disclosures are obvious and simple to understand, regardless of the format of the endorsement, and we’ll continue to check every piece of content we commission to make sure all the FTC guidelines are being met.

It’s important to recognize that the success of influencer marketing is inextricably linked to its authenticity. Influencers produce content that’s relevant and meaningful for their audiences and their audiences are receptive to this content. If brands try to overly control the message, they lose this authenticity but may also be effectively in violation of FTC guidelines. If an influencer says “…all opinions are my own”, they must actually be their own. Producing a parroted brand statement with that disclosure could easily be considered deceptive by the FTC.

It’s sometimes a difficult line to tread. If you’re working with high-quality influencers, you’ll find that they will remain true to their audience and their own brand by only taking jobs that fit within their area of interest. This is the measure of a good influencer and one that we feel shouldn’t be overlooked.

What the joint letters to the FTC have revealed is that there is a lot of ambiguity with regard to the FTC guidelines on social media influencers and disclosure. We agree with the essence of their complaints, although we could quibble with some examples that are arguably fairly disclosed. Many simply are not, however.

The onus is now on the companies and influencers to be very careful about what they put into the public space and rather err on the side of caution. We’re fully aware of the need to be transparent. But some in the influencer space aren’t. Make sure you know who you’re working with.